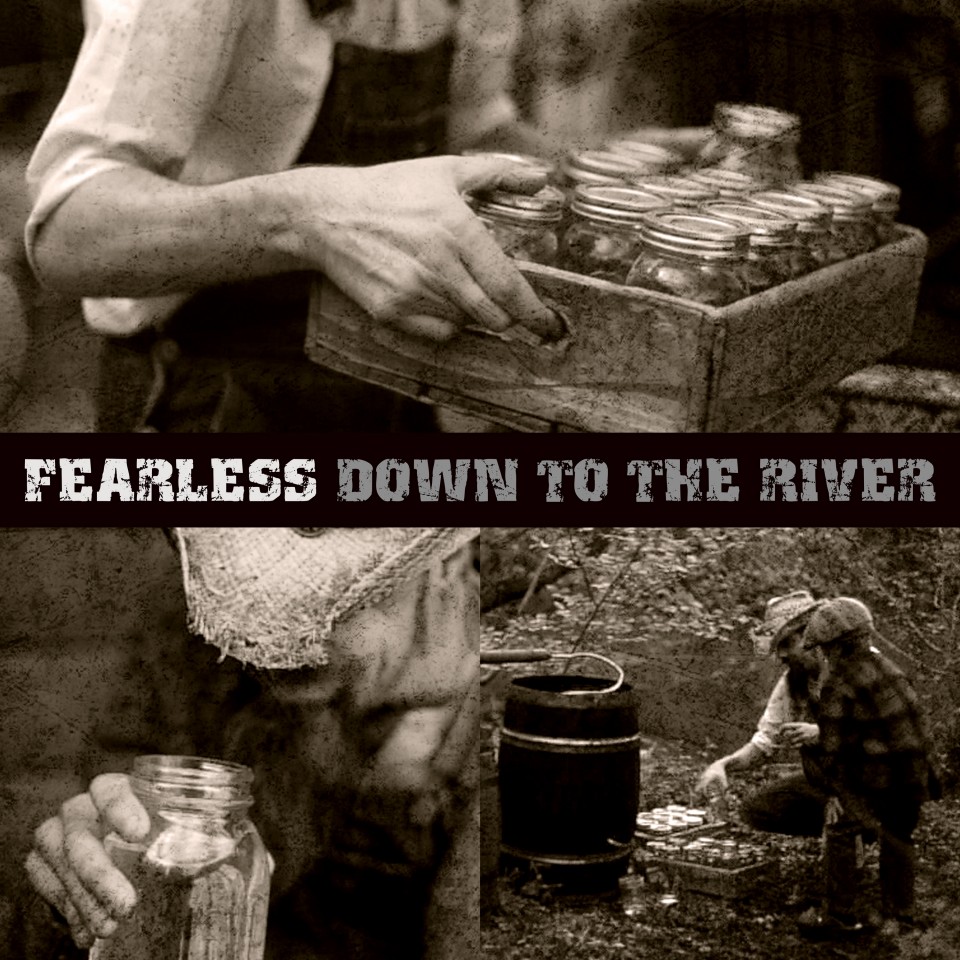 Down to the River

NEW SINGER and a brand new single out!- Down to the River
– Finally the hillbillies in FEARLESS are back on track – Watch out for these guys ahead

The Hillbilly metal band Fearless from Vagnhärad in Sweden was founded by the brothers Andy (drums) and Tobias (guitar) Forssander in 2012. The band consists since 2014 also by Michel Kolic (singer) and Martin Åberg (bass).
After spending some time with the brothers relatives in the deep south of Louisiana bayou, teached how to make moonshine, fixin old rusty cars, fishing and of course playing some music with the locals. They went back home to deliver a heavy mix of hard rock, metal, hardcore and a twist of blues or as they say Hillbilly metal.
Their debut single “Hillbilly For Life” was self released in 2015, produced by Kristoffer Folin at Purple Skull Music in Stockholm. Followed by a music video available on youtube. Since then they have been touring around Sweden and played at some of the biggest Rock Festivals such at Sweden Rock Festival and Skogsröjet. They also did a USA tour 2015 travelling from east to west through of course the south.
Fearless present a full enegy live show hard to forget topped with self-designed instruments in the form of a pitchfork guitar, a shovel bass and a tractor like drum kit.
Fearless musical influences are: Hellyeah, Black Label Society, Texas Hippie Coalition, Lamb of God, Pantera, Five Finger Death Punch, Rob Zombie, Kiss

Some words from the USA-Tour 2015
”In addition to my band playing these next four shows in California is a group of 4 Vikings from Sweden joining us as well. I met them last night…Everyone here in Los Angeles HAS to see them…these guys frickin’ ROCK!!! They were so baddass during their performance I was sitting in the audience watching them and almost forgot I had to go get ready for OUR performance! LOL – CHECK OUT THEIR PAGE… Fearless…Best comparison, if Pantera came from Sweden…THESE would be the guys!!!! ”
– Carl Jester Buena – bassist/session musician from LA
”Upon listening to these two tracks by Swedish based rockers Fearless, featuring brothers Andy and Tobbe Forssander, the best way I would describe their sound would be music you crank up at a kegger, music you blast full volume in your car with the windows rolled down. One thing is for certain, these boys go full throttle and hold nothing back. Good stuff! ”
– [email protected] The Dedicated Rocker Society, LA